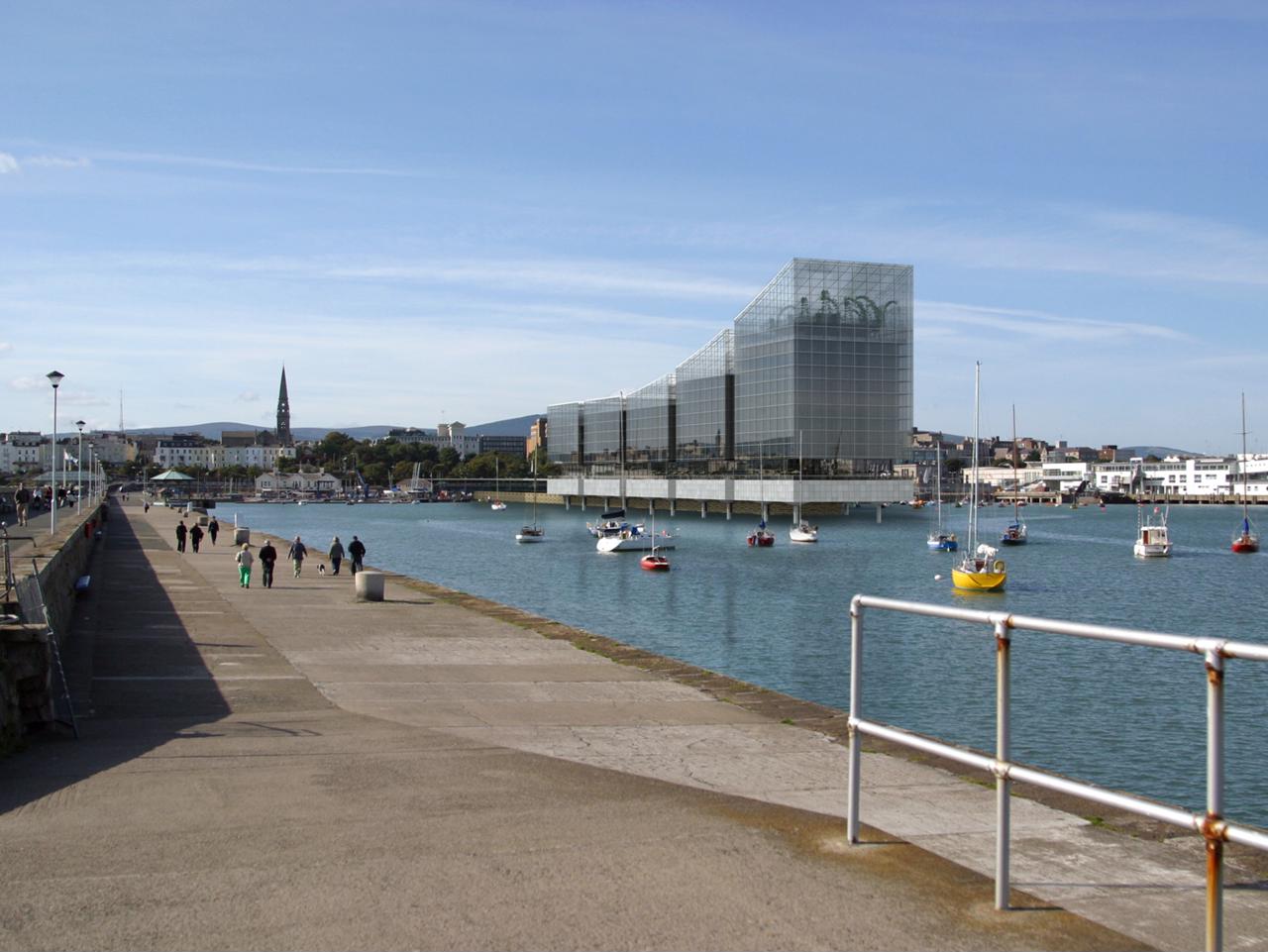 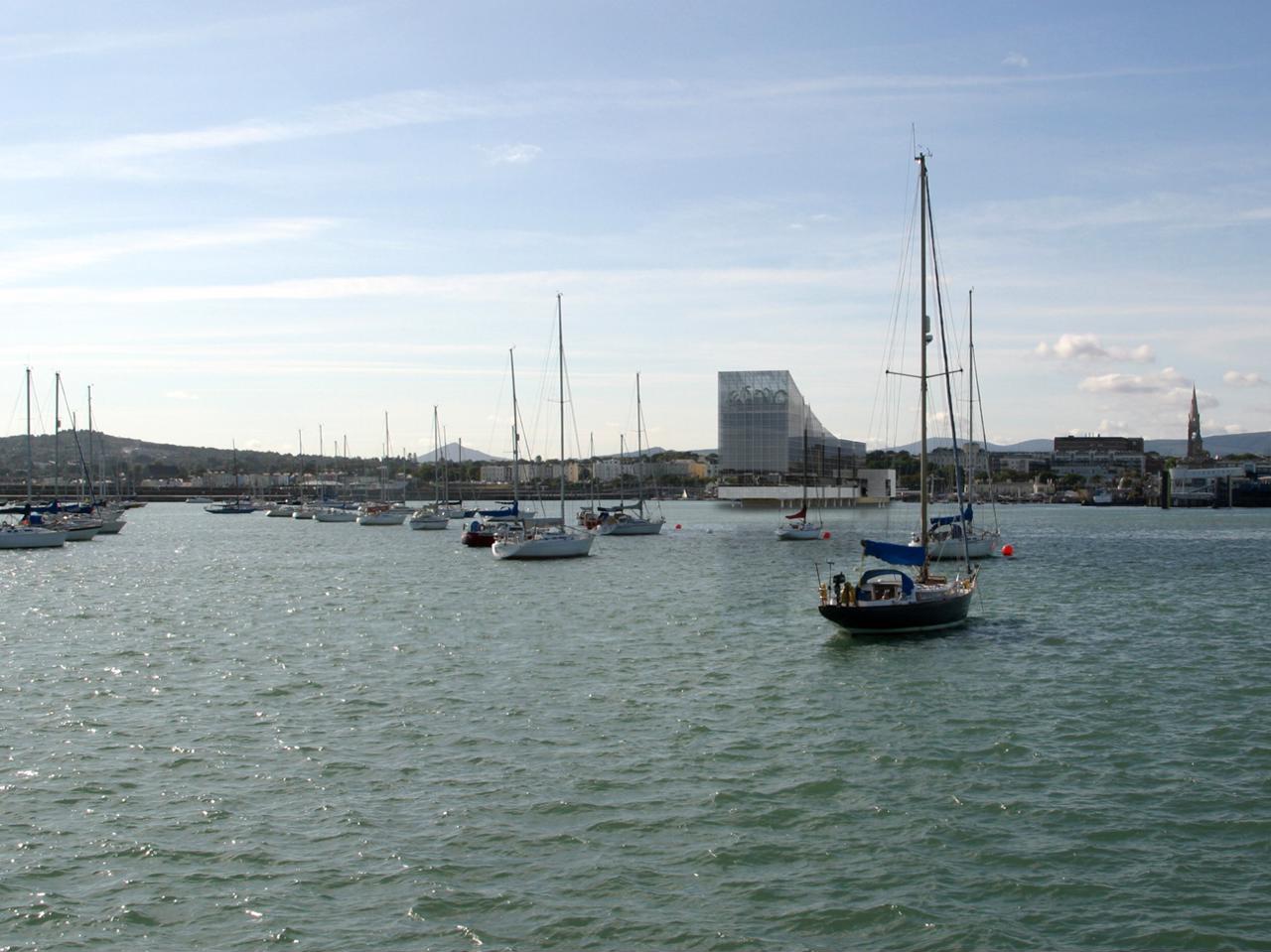 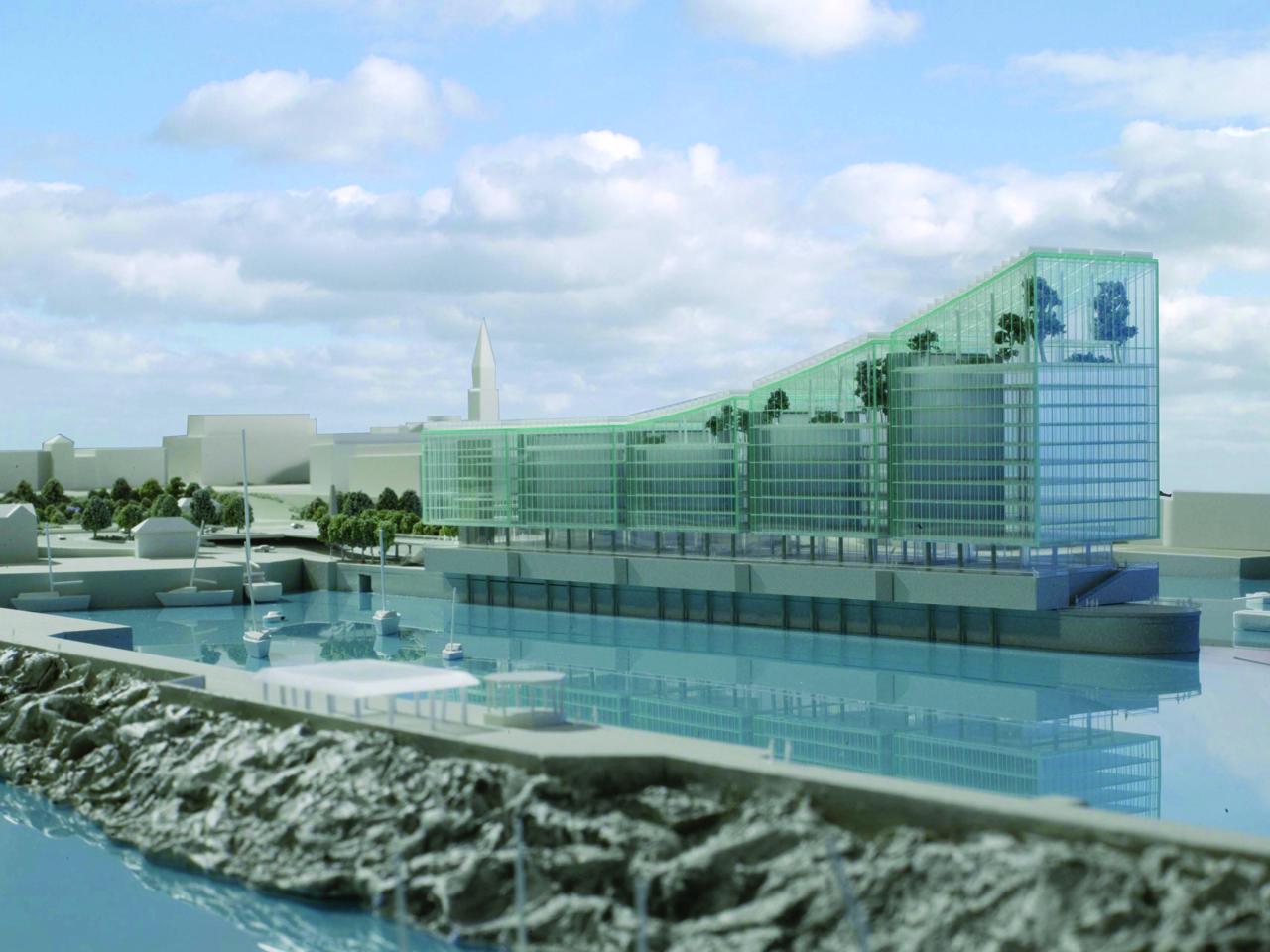 Built in the early 1800s, Dun Laoghaire harbour provides a dramatic setting for the creation of a sculptural building to house Ireland’s national cultural centre. In 2004, following an international design competition, the Scott Tallon Walker proposal was one of the four shortlisted schemes. Unfortunately the project was abandoned and the granite pier now lies quietly awaiting its destiny.

The scheme’s design concept is of five interconnected glass modules that straddle the existing pier, and which, with the gentle rising curve and inverse perspective of the new building, create a new form within the harbour.

The 40m disjoint from the shore respects the Victorian scale of the town and of its single storey yacht clubs.