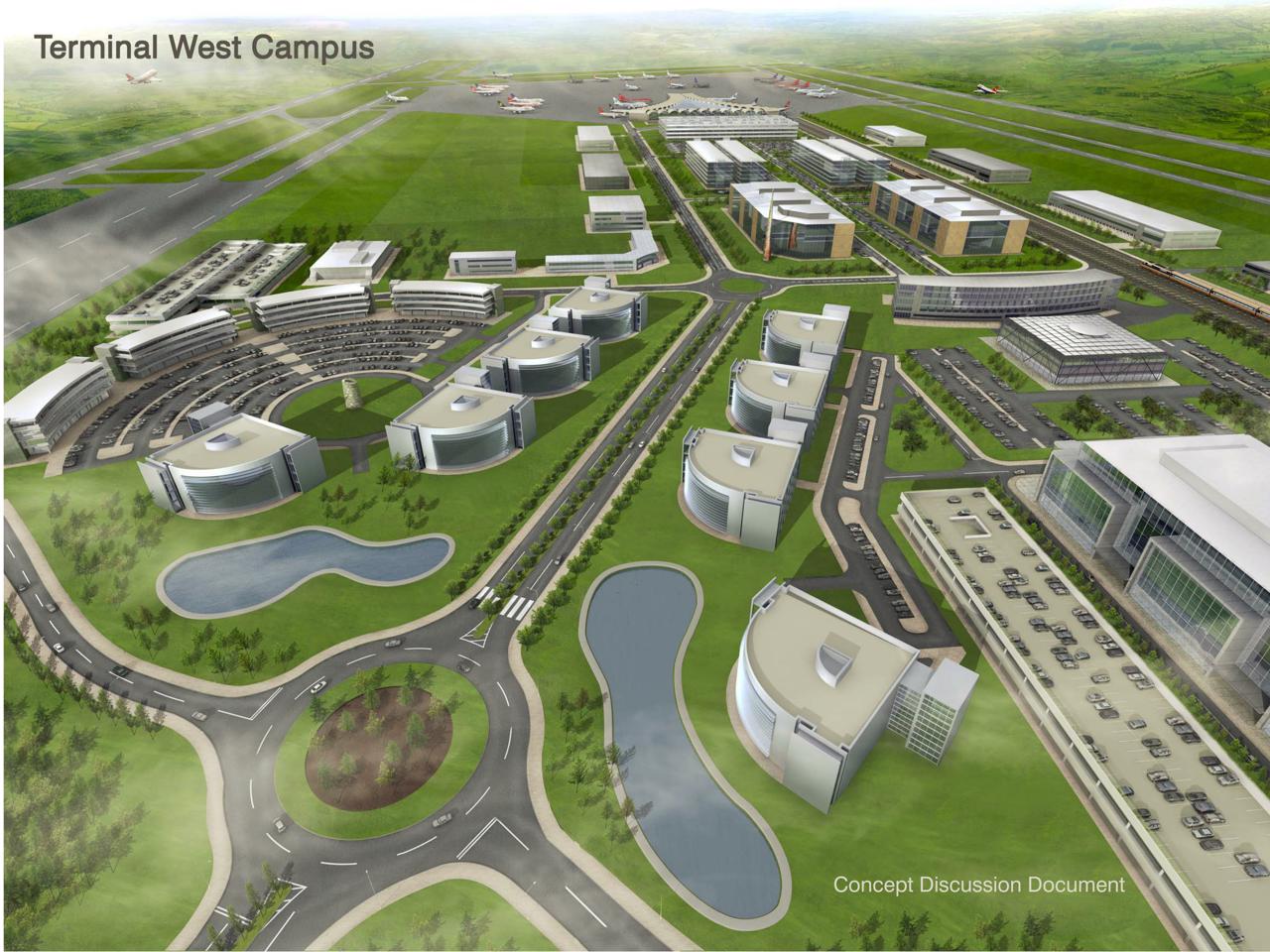 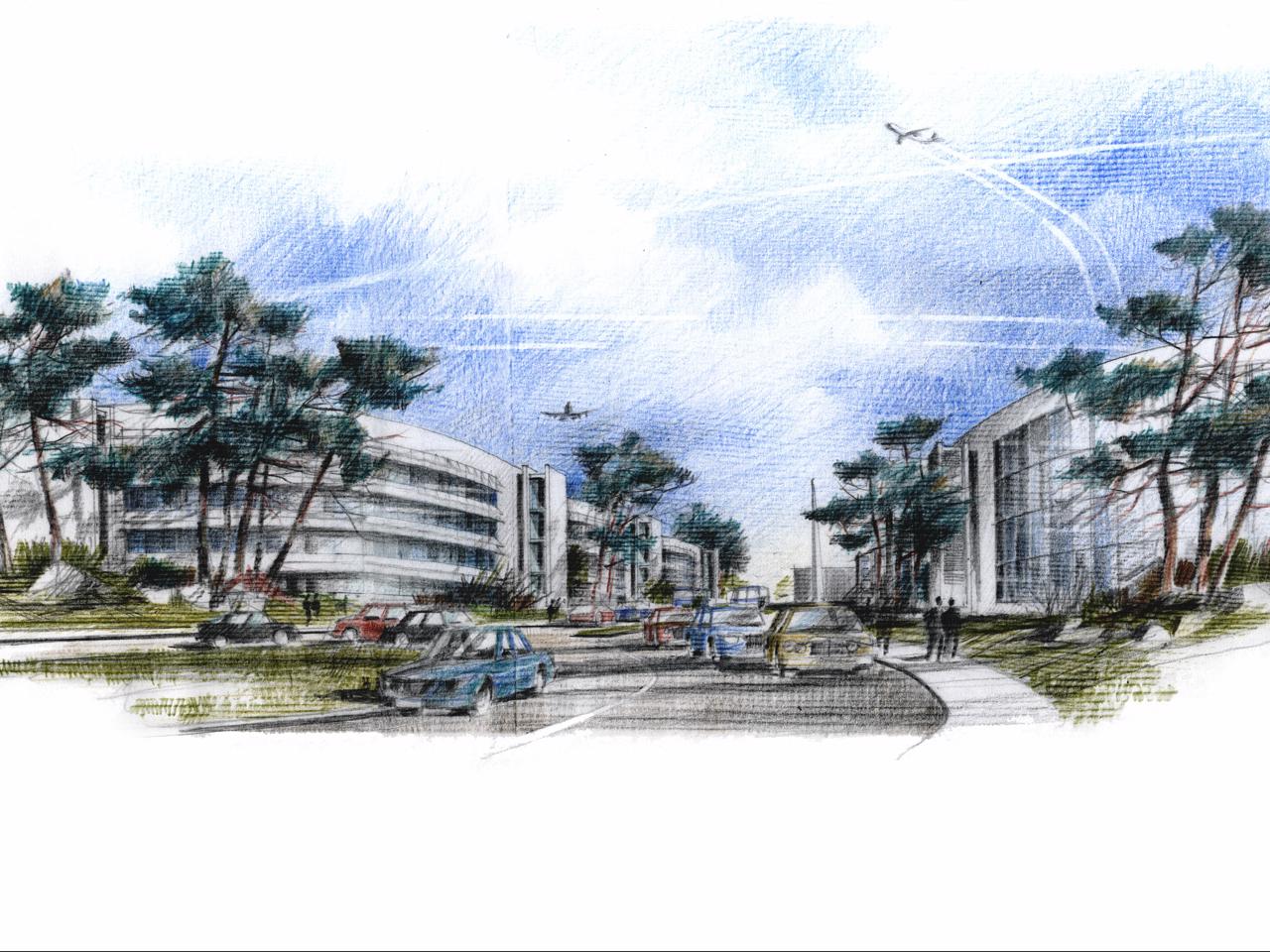 Dublin Airport is the principle gateway to Ireland and is one of the most significant single economic entities in the Dublin region. The annual number of passengers using the airport increased from 2 million in 1982 to 23.5 million in 2008. The long term vision for Dublin Airport is to locate future terminal capacity on the western side of the designated airport area, creating a second airport node to balance the increasingly congested existing (Eastern) Campus, and to provide for a dedicated freight centre. The land use plan developed for the Western Campus incorporates development zones to house the facilities required for Dublin Airport to reach the maximum development potential for the proposed parallel runway system. It is expected that the Western Campus would be developed in response to demand generated by airport capacity requirements and other commercial considerations.

Scott Tallon Walker Architects were appointed, in 2006, to prepare a concept masterplan for the Western Campus, and a more detailed masterplan for the “Airpark” development within. The scheme included for interconnections to the intermodal transportation hub and Dublin’s light rail system at existing Eastern terminal, and provided a second vehicular entrance to the airport from another orbital motorway, the M2, so reducing traffic movements on the main Dublin to Belfast motorway.

Scott Tallon Walker Architects then prepared a more detailed masterplan proposal for the Commercial Development Zone. The proposed mixed-use “Airpark” takes full advantage of the development potential of the strategic location along the main access road to the proposed Western Campus by creating a welcoming gateway. The “Airpark” proposal includes a World Trade Centre, a business park and a conference centre.

The masterplanning proposals were completed in 2007, and the consortium is awaiting an appropriate opportunity to initiate the development process.