St.Patrick's Place has been shortlisted for the Public Choice Award 2010

The Public Choice Award is an important part of the RIAI Annual Irish Architecture Awards.

The public are invited to vote for their favourite building from the 55 on this year's shortlist. The building which receives the most votes will be the winner. Voting closes on Friday 18 June. The Public Choice Award will be announced on 21 June 2010 as one of the RIAI Irish Architecture Awards 2010.

The RIAI is the Regulatory and support body for Architects in Ireland. The RIAI works to maintain and develop an environment in which good architecture and a quality built environment can be delivered by architects to the social, cultural, economic and environmental benefit of Ireland.
St Patrick's Place located on a prominently elevated terrace to the north side of Cork City, in an Architectural Conservation Area, this mixed use development presents a confident modern selection of materials, crafted detailing, and sympathetic proportion, it presents a well considered facade to both Wellington Road and the city wide context to the south.
The new development at St. Patrick's Place, Cork was shortlisted for the 2009/2010 Green Awards in the Sustainable Building category. 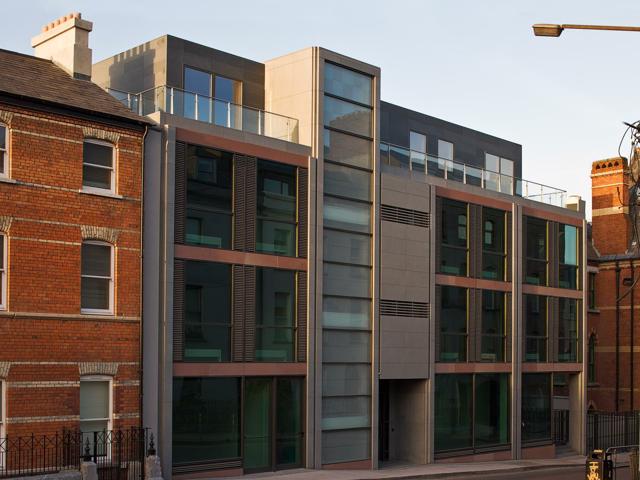